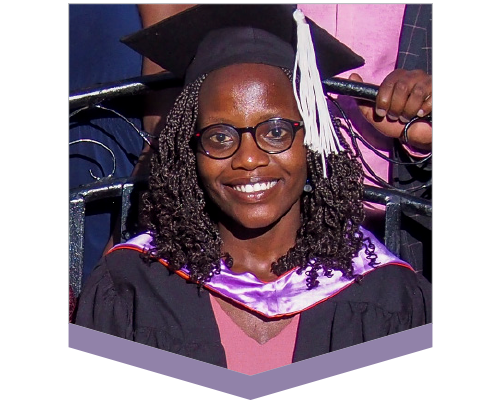 Tell us about your background

As a medical student, I would attend medical camps and I noticed the massive turnout of clients and especially those of low socioeconomic status. Over the years, the more medical (outreach) camps I attended, the more I saw the need that there was more to it than just physical health, there was also the spiritual health that contributed to illness. So in 2017, I began aligning myself with church-driven medical missionaries and I witnessed more impact on individuals and families through the church than through the corporate world.

I traveled to Marsabit County in Kenya as a medical missionary and lived among the community for a month, and it was very eye-opening how poor spiritual health can contribute to poor social and physical health. I have since found that medical camps are not really the solution. Through Teach to Transform, of which I am a member, we travel to different parts of Kenya teaching lay Christian people basic medical skills that they can use as a door opener for the Gospel. This equips them with skills they will use long after the missionary has left.

I would like to work in a rural area where the services of a family physician would be needed the most. This could be within Kenya or outside of it but within Africa.

The current trend with Medical Doctors and Medical Consultants is to work in the urban regions, mostly because that is where the money is. This is at the detriment of communities in the rural areas who could have a government appointed-consultant, yet those consultants spend most of their time in a clinic in the urban region.

Having worked in rural Narok amongst the Maasai and the Kipsigis, I have seen that poor infrastructure, lack of personnel, and cultural behavior make access to health services difficult. The most controllable variable that would improve health care services in a place like this (and the many other areas in Kenya like this) would be to deploy family physicians to serve them. Most Kalenjins are Christians, while the Maasais mostly hold African traditional beliefs. Both still have remnant traditional religions which heavily influence some cultural practices like Female Genital Mutilation (FGM). Hospitals are available to them albeit poorly equipped, but poor health-seeking behavior among both tribes makes for high mortality and morbidity numbers.

I would also like to work among the Dasanach, a tribe along the Kenya-Ethiopia Border at a place called Illeretin Marsabit County. This is because of the need to share the hope of Christ to them while offering the very necessary medical services. My time among this tribe while church planting as a medical missionary in 2017 showed that there is not much of Christ shared here, the locals only get involved in church activities when there is a profit to them - a donation of clothes or free medical camps. It would be nice if a hospital with a Christian doctor was set up there to be a beacon of hope to the locals. There was only one ill-equipped health center serving this populace, they would often trek to Ethiopia to get better services. If one could not afford it they would be flown (if they were fortunate to find the plane) to Marsabit County Hospital as the road is inaccessible and filled with bandits and cattle rustlers.

Help fund residents like Annette so that they can provide care in countries that need them most!