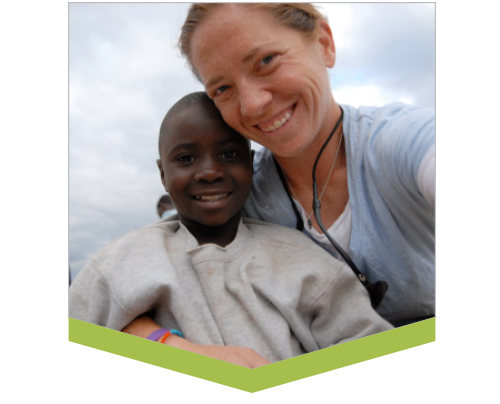 My desire for mission service was sparked on a short-term trip to Ukraine in 2008. It was at this time that my eyes and heart were really opened to the suffering in the world. Up to that point in my life, I had lived rather naively in the sheltered confines of my American luxury and comfort. While my experience in Ukraine was not one of great physical poverty, it had a profound impact on my worldview and planted the desire for continued mission service in my heart.

Over the course of three more short-term trips, it became increasingly more obvious that my heart is being called to step out. I long to use the skills and intelligence He has blessed me with to serve Him. I want to be a good steward of my life by giving it back to Him for service where He sees fit. This is the source of my motivation, to be open and willing to go where He leads.

Over the course of the eight years since my first mission trip as an adult, my desire to serve in Malawi has grown increasingly stronger. This desire as a calling has been affirmed through prayer and the encouragement and wisdom of friends and family who feel a similar calling for my life.

In February, at the annual Chikondi Health Foundation board meeting, He moved. I felt within me the time had come to act on all He had been preparing in me and I had a conversation with the board president about the reality of long-term service at Blessings. I went into that conversation having had the number of three years on my heart for some time. I do not know why God has placed that number on my heart. When I began this application process and read that the most common service term is four years, I realized that I am open to four years as well. I continue to feel led to three years for a reason I have not yet been able to discern, but am open to four years.

The missionary family we stayed with in Tanzania was the first glimpse I had of what life as full-time missionaries looks like. Wes Gunn, who was the missions pastor at Landmark Church in Montgomery, Alabama where I attended when I lived in Alabama was and continues to be a great source of information and inspiration. He is now the president of Chikondi Health Foundation and I am blessed to serve alongside him within Chikondi and on the ground in Malawi. My friend, Ryan Bartels, who talked me into the trip to Ukraine in 2008 also continues to be a great source of encouragement, support, and counsel in my short and now potentially long-term mission work.

From a Biblical perspective, Paul is where I draw my biggest source of inspiration. His letters and work inspire my desire to take the next step, go further, and take God’s word with me into dark places using the skills He has given me to serve and share His message with the people I encounter along the way. Paul’s fearlessness and willingness to sacrifice all for the sake of sharing the Gospel and worshiping Christ with his life is a heart and lifestyle I strive for.

The focus of my healthcare mission will be curative in the community setting. The current framework I am planning from involves three days of work on a mobile clinic and two to three days seeing patients in the clinic at Blessings Hospital. The mobile clinic currently serves three local villages and visits the same villages on the same days each week.

This current strategy allows a consistent presence that has generated many relationships. The consistent schedule also helps generate increased patient census because they know when the clinic will be in their village. The mobile unit currently employs a driver, a clinical officer, and a nurse.

The foundation that funds the mobile clinic is hoping to launch a second mobile clinic in the near future. Having another clinical officer on the ground in myself will make this plan more feasible and operational. The clinic currently functions to evaluate chronic and basic medical needs and provide medication and treatment that would typically be provided in a clinic setting.
Blessings Hospital operates as an inpatient hospital and sees patients with a variety of illnesses. The most commonly treated illnesses include malaria, pneumonia, and dehydration. A maternity ward is now also fully functional and accommodates births and postpartum stays.

Within the hospital setting, I will see patients in the clinic, which operates during the day-time hours seeing chronic and acute medical illnesses. I will also function as a liaison with Chikondi Health Foundation in the preparation for and functionality of
American surgical teams visiting Blessings one to two times per year. This will allow the teams to function more efficiently while on the ground. With my presence in the country throughout the year, I will be able to help with inventory and pre-trip preparations of the facilities to limit the amount of time the team needs to invest in those things upon arriving and focus more on serving.