God’s Hand Across a Lifetime: My Path to MedSend

In 1993, my wife Linda and I moved to Fairfield, Connecticut. I was with a division of IBM at the time and had been transferred. We left behind both our families as well as our beloved community church.

Before we left our home in Washington Crossing, PA, we asked if anyone knew a church in that area of Connecticut. One of the members of our small group was a former missionary. He said there was a well-known missions church in that area called Black Rock Church and recommended that we look into it.

Our family consisted of my wife and me and four precious daughters under the age of ten. You could see us coming from a mile away. My wife and I were committed to finding a good solid Bible teaching and preaching church. We decided to give it a try.

A Home at Black Rock Church

The Sunday we went to Black Rock, we were greeted at the door with a smiling face and a helpful hand. Doug Christgau, Pastor of Missions, saw us coming and greeted us at the door. It was an enormous relief for my wife, who would remind me of the incident twenty-five years later. He directed my wife to the children’s area and me to an adult Sunday school. My wife and I would spend the next twenty-five years of our lives attending, serving, and being blessed by Black Rock Church.

One day after we had been attending for a year or so, I was walking down the corridor of the church. Doug came up to me and said, “I have something you may be interested in. Come with me to my office.”

He asked me, “How would you like to serve on the missions board?”

Now, I will admit that I grew up Catholic. I did not grow up with an understanding of missions. Our small church in PA had a missions program, but I had not been directly involved. I told him of my limited knowledge. He said, “Don’t worry, I’ll teach you what you need to know.”

I had no idea what I was signing up for. 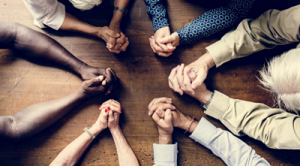 I felt compelled by God to say yes.

A long journey of friendship and service started the day he asked that question. I served on the Black Rock missions board for eight years and became its chairperson for four.

Doug eventually left for Wheaton IL, where he served many years before returning to Connecticut.

On the missions board, I served alongside fellow board member Deirdre Topazian. She and her husband David had just started an organization called Project MedSend. The idea of Project MedSend was compelling: its purpose was to remove the educational debt of healthcare professionals so they could serve as missionaries, bringing compassionate care to the world in Christ’s name.

Of course, I had no idea I would agree to step into a leadership role at MedSend sixteen years later.

An Oil Change Leads to a Job Offer 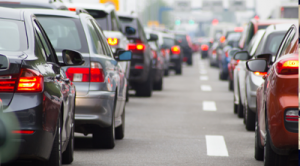 People often ask me how I got to be the CEO of MedSend.

I tell them it was an oil change.

In 2007, after spending twenty-five years in the computer software business, I found myself bi-vocational. In one role, I was working in Manhattan turning around a consulting business. I had also accepted a role as Campus Pastor of a broken and hurting church in Stamford, CT.

Commuting to New York City and pastoring in the suburbs was grueling.

The turnaround occurred in NYC.

I was looking and praying for what would be next. In the summer of 2008, my daughter was home from college. She was asked by the mother of a friend if she would like a part-time job for a few weeks filing papers in an office environment. It was the office of Project MedSend.

One day, her car needed an oil change. My wife followed her to drop off the car and then took her to the office. There, she spoke to Diane Bowerman, the mother of my daughter’s friend.

Diane told her that MedSend was going through a bit of a difficult time. They needed some business acumen on the staff. When my wife came home, she asked me if I would consider helping Project MedSend. I had no idea of the need, but I called Diane to ask what she was thinking. I then reached out to a couple of the board members and, before I knew it, I was out of NYC, much closer to home and the church, and working for Project MedSend.

A New Job…and a Familiar Face

It was far from smooth sailing.

I started my new role the first week of August 2008, and forty-five days later the stock market crashed. (I commit to writing another blog post on that story!) Needless to say, my first board meeting in October of that year was difficult.

However, when I walked into the meeting, Doug Christgau was sitting there as a member of the board. I had not seen him in a while; we had lost touch. What a blessing to be reconnected with an old friend in this way!

Thankfully, the Lord cleared the path for MedSend to come through the 2008 financial crisis.

A few years later Doug, with his vast knowledge of global missions, was invaluable to the MedSend board as they considered adding the MedSend National Scholars program. It was the first new major initiative that MedSend had undertaken in twenty-plus years. Now in its sixth year, the program has been a success with almost fifty doctors in Africa and Asia receiving support to gain advanced medical knowledge in order to better serve their people in Christ’s name.

Several years before Doug retired, I asked if he would consider coming onto the MedSend staff. His response was,  “Maybe someday. ” 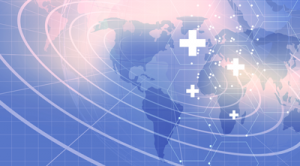 Fast forward over a decade. I am pleased to announce that Doug has joined the MedSend staff!   He has a thorough understanding of global missions. He knows healthcare missions from helping to get Project MedSend off the ground with Dr. David and Deirdre Topazian and serving on its board for twenty years.

We have come full circle.

I love the mercy and grace our Lord exhibits as He weaves people in and out of our lives. I am grateful to Him and to Doug for reaching out his hand to my wife and saying, “Let me show you around!”

Diane Bowerman, who asked my wife for a little help with Project MedSend, remains on the MedSend staff as our Vice-President of Administration. I’m thankful that she first helped to recruit my daughter for part-time summer employment and then came for dear ol’ Dad.

Do you think God’s hands were in any of this?