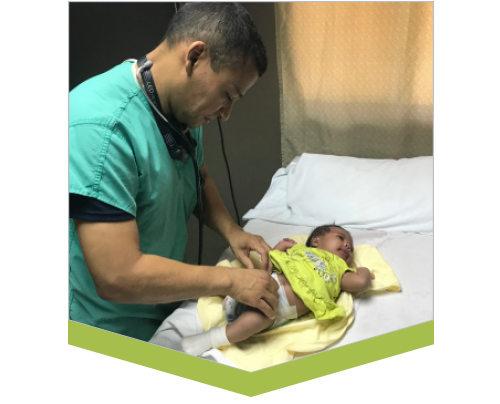 Wow, this has been on my mind since I was in the 8th grade and the idea of compassion for the suffering since age nine. I have felt that the call on my life has been quite clear since I was given
the name Jason, "One who heals". God reached down to me, a sickly orphan, and rescued me for a reason. I have scars on my body to prove that things were not easy for me as an infant.

I am from another country, and in 1976 the medical care was not as good, I was poor, and I was in need. Medical professionals were a part of my recovery then and now I can continue to give out of the abundance of what God has given me.

As a college freshman, I recall wondering if I would be able to survive organic chemistry, and a peace came over me as I heard some other students practicing for chapel. They were playing the great hymn "I'd rather have Jesus". I survived that exam by the grace of God... but also put the results of my call and my future in his hands and not in my feeble mind.

I remember Urbana 1997 when I was premed. It just confirmed what I already knew about where I wanted my life to be...almost 20 years ago!

When I graduated from College in 1998, I went to Thailand to work with children affected by HIV/AIDS. The hope was that this would teach me medicine but it taught me about culture and perseverance while alone.

I went to Haiti to do medical work for the first time in 2010 after the Earthquake. Haiti and her people grow on you. After visiting the global health missions conference in 2015, I decided that if God could move the mountain of my wife's fear about going abroad we could take the next steps. He did!

Lifting the level of community health from its present place to a higher one.

Working myself out of a job (training nationals "how to fish")

In the above two, to see people believing that Jesus loves them, and in that love that they would experience healing, begin growing and then start going to minister in their respective areas of influence.