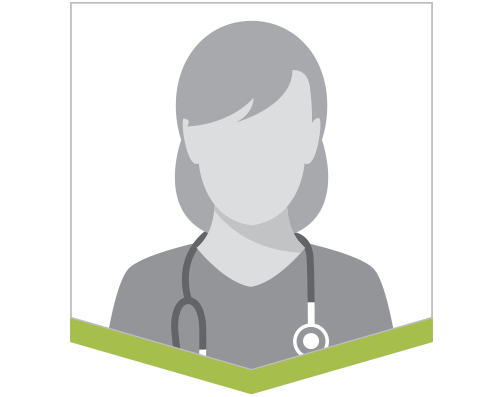 I became a Christian at a young age, when my father led me to Christ. I would say I didn't really understand until I was older. For many years, I looked at Christianity as "what can God do for me?"

As a college student, I very nominally acted as a believer. I attended church regularly, but during the week, did what I wanted. I drank, partied, and had a good time.

In July of 2008, my mom was diagnosed with cancer. I started my last semester in college that August. I began to plug in to church at that time. I really evaluated what I believed. I began to read my Bible more regularly. That was a time where my faith began to develop, because I had a lot of questions, and my theory
that, "bad things don't happen to Christians," was shattered. It was a challenging time both emotionally and spiritually.

After I finished that last semester, I moved home and began to help take care of my mom. I also plugged in to a good Bible-believing church. At the beginning of 2010, I was invited to attend a church by a woman whose husband had cancer. He died a few months before my mom did. We started meeting together during that time of grieving. We studied the Bible and again my faith was bolstered and I really began to understand and accept the sovereignty of God. She discipled me, and we grew deeper in our faith together. My mom passed away September 3, 2010. I would say, that time from 2008 to 2010 was a time where I went from loving Jesus to knowing Jesus.

I first felt called to missions after taking a course called, "Perspectives on the World Christian Movement," in 2011. I can see how God was piecing this together in my life for several years prior to that. Perspectives really opened my eyes to the need to go to the nations. In week two of the course, they point out that everything is for God's glory. I began to feel the need to go overseas and share the gospel during the semester I took that course.

God had been at work on that long before I recognized it. I can look back at the time I spent at church while I was in college. The missions pastor there, Steve, had introduced me to Muslim ministry. I wasn't interested at the time, though. And I have always had this desire to learn about other cultures and
travel. I believe God placed that sense of intrigue and adventure within me for His purpose.

I was led to North Africa, in a variety of ways. My church had a vision (20/20 vision) to plant 20 churches internationally and 20 churches domestically by the year 20/20. At the time I was taking
perspectives, I knew I wanted to work with Muslims, and the church was forming 2 teams at that time. The one to the Middle East was large, while the one to North Africa only had one couple. I approached them about potentially joining the team and we began to meet together. They left for the field January 2014, and I continued to pursue things from here.

Shortly after I finished nursing school, I applied with Pioneers to become one of their missionaries. In May of 2014, I was appointed by them. I came home and applied to be a part of my church's Missionary Training Program. I also started my master's degree in May 2014. As part of the program, they required a
trip overseas, and they went to North Africa that year, for the first and last time. I was able to tack my survey trip on to the end of the MSN trip. The couple that I was planning to join were in France, about to have a baby. Their team leader sent me to visit another team, in a different part of the country. The team I visited was a perfect fit. They have a medical component that lends legitimacy for me to stay in the country. They are a thriving established team, who needed a nurse. We all work well together and share the same vision: for the Muslims in North Africa to know Jesus.

Psalm 46:10 is a verse I include on all the materials I give to people and in all my newsletters. It is my desire that all nations have the opportunity to hear and know God. “Be still, and know that I am God. I will be exalted among the nations, I will be exalted in the earth."

I hope to see the gospel spread and North African people become Christians.

I hope to see an evangelical, culturally relevant church planted in the city.

I want medical care to continue and to provide quality services to women and children in the area.