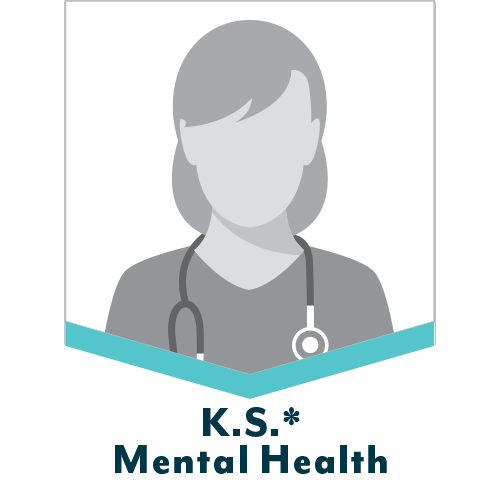 My Sunday school teacher once told me to not just sing the song "Here I Am Lord", but to pray the lyrics and to tell God that I really mean it. So I did. And now I have many memories of being a small child and often telling God, "I really mean it, I will go Lord if you send me, I will hold your people in my heart." As a little girl, I am confident that I had no idea what that meant or what I was praying for, yet I was determined to make sure that God knew I really meant it.

And I now look back on that as some of the "original seeds" planted in my heart that eventually led me to the field. When I was 14 years old, my heart was hardened towards God and far from Him. But my mom still brought me to church each week. As I was listening to the announcements one week, I heard the announcement for an upcoming short term trip to the Dominican Republic. My motivation for wanting to go was impure- I was looking forward to a week off of school and a tropical vacation in the wintertime. And that was the trip when God spoke to my heart, gave me a small glimpse into my future, and revealed to me some of the plans He had for my life.

It will always be one of the wonders to me in how God works, but even as an unsaved, rebellious teenager, from that point on, I always knew without a doubt that I'd be living overseas one day for the sake of the gospel.

Once I actually submitted my life to the Lord, that calling and heart grew and became a greater reality. In the fall of 2012, I was preparing for a short term trip to Rwanda. As that trip got closer and closer, there was an urgency in my spirit that got stronger and stronger about needing to make a decision as to whether or not I would go long-term. I argued with God about that a bit, because it seemed to make more sense to me to go to Rwanda first and see if I even liked Africa before making such a commitment. I went to my pastor for wisdom, and he tried to talk me out of it by helping me to face the facts of the reality of missions and the process you have to go through to find an organization and be trained and raise support, etc. But in trying to talk me out of it (which was just his strategy to see where my heart was truly at), he actually brought clarity and relief and made me realize that this is what the Lord was asking me to do. So before going to Rwanda and ever stepping foot on African soil, I made the decision to go. In hindsight, I see the wisdom of God in that, that I would know it was a decision based on faith and obedience, not based on emotion and whether or not I liked a place.

I didn't initially know I'd be doing healthcare ministry. When I was first sent out, it was to reach the unreached in an open context where I could live and work openly as a missionary. Since then, my location, work and education have all changed and evolved to where I now work as a trauma counselor, and it is all a vital part of my calling and work.

While some of what I do is working directly with clients, the vast majority of my work is in training of nationals.  I evaluate client behavior, moods and other responses to determine correct diagnosis and devise treatment plans and I teach them anger management techniques, relaxation skills, impulse control, social skills, emotional coping skills, and functional living skills.

Some of this is done as well with nationals through a translator, but those opportunities are more limited until I can find a way to have a translator always available. But largely what I do is I train an array of healthcare professionals in proper trauma aftercare and counseling skills. Most of these healthcare professionals are psychiatrists, but not all of them. However, I value the idea of "working myself out of the job" and not having the work forever being dependent on me. My company strongly values that we do not ever take people's jobs, but that we come alongside locals and offer our training and skills in order to help build them up and make them better at what they're already doing. We're not going to presume that we know what is best because this is not our home nation. The locals are the ones that best know their language, their culture, their people, their nation and what those needs are and how to help them. So we want them to be able to help their own people, but we also recognize that the Lord has significantly blessed us with a wealth of knowledge, valuable educations, and much-needed skills that we can pass on and use to bless these people as they serve their own people. So I am truly thankful for the opportunities that I have to work directly with clients. Truly I love it. But most of my work is in training nationals because that is what we see as being the most effective, the most respected, the most reproducible, and the most sustainable. My aim is to train national healthcare providers at mental health hospitals as well as various NGOs and healthcare facilities throughout the nation, but thus far I have only had
reliable contacts and opportunities at two different hospitals in two cities.

1. Exposure. Here, there are small handfuls of hospitals for patients and there has been some small progress with awareness in recent years, but between the honor-shame culture and the religion, mental health is viewed and treated so poorly because it's so misunderstood. One young man that I met with, who has the heart to help his people in this area, shared with me about how there are places kept secret to outsiders, but that all the nationals know of, that are like concentration camps for people with mental health conditions. The stories I could share are countless and horrible. The hospitals I work at are actually prisons, the patients are chained and locked in a cell and left without any real treatment. The shame is strong and the stigmas are strong. The desired outcome is simply to expose people to the realities of mental health, so as to educate and change people's views of mental health.

2. Freedom from shame. Stemming from the exposure, once people are more educated about mental health and the effects of trauma, they begin to have the shame removed and they can understand themselves and others a lot better. Right now women are even deeply ashamed to the point of horror if they have postpartum depression because depression= crazy. But with education and exposure to new ideas, that shame could be removed and people can feel freer to even admit when they need help and then be able to go and get the help that they need. This is obviously a more long-term goal

3. Education. There are some mental health workers in the nation, but all of them have been trained only in how to administer medications based on a list of symptoms. They don't understand the counseling and listening aspects of healing or the importance of getting a client history and being able to treat holistically. And there is a lack of understanding of how trauma is often underlying a lot of mental health conditions.