Drs. David and Krichele Jeffcoach have been living and serving in Ethiopia for two years with their three children – Vivienne, Bruce, and Clara. David is a Trauma and Critical Care Surgeon who trains Ethiopian Nationals to become surgeons through the Pan African Academy of Christian Surgeons. Krichele is a Physician Assistant who also holds a Master’s in Public Health. The couple was recently home on furlough and spent some time chatting with us about their ministry in Africa. The day after we spoke, the family boarded a plane and headed back. Here’s what we learned from them during our time together: 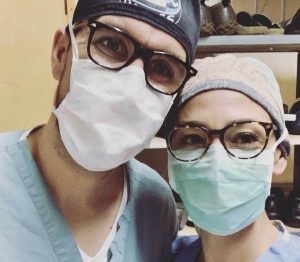 David says that both he and his wife Krichele felt called to medical missions from an early age. The schooling required was extensive, but they spent years completing the education needed for professions in healthcare. Once they graduated and completed their residencies, the demands of getting established in new careers plus raising a family took center stage. David says that, sadly, along the way, they lost their vision for missions.

He became a faculty member at a University Trauma center and heard about PAACS – The Pan-African Academy of Christian Surgeons. The mission of PAACS is to train and disciple African surgeons for Africa. The mission was both intriguing and compelling; David felt that it was something worth checking out.

Listening to the Still, Small Voice

He and Krichele booked a month-long trip to Ethiopia to see it for themselves. Their children stayed with their grandparents while the couple took time off from their jobs to make the visit. While they were there, both were touched and impressed by the work that was being done through the program. The calling they had felt fade as education, careers, and family life unfolded began to present itself again.

On that trip, David says, “The still small voice came back on.”

Seeing the PAACS operation there brought him to the realization to say, “This is it.” Although the trip was not supposed to be a vision trip, he says it absolutely turned out to be one.

Once they returned home from the moving experience, Krichele says the doubts began to kick back in. She drove around by herself for some time and came up with a list of reasons not to go back. “I thought it was a very good list!” she says. Relocating three children to another continent was certainly at the top of it.

But she says God challenged her to hold that list up to the light of eternity and to see if anything remained on the list when she looked at it from that perspective. The Holy Spirit gave her the answer. “There wasn’t,” she says.

She and David decided to put their faith in God and answer His call.

Once the decision had been made to commit to medical missions, finances and logistics became a priority for the Jeffcoaches to figure out. “We had all this debt, and we didn’t have any money,” Krichele says. The barriers seemed insurmountable to the couple, but the pieces quickly came together.

Both David and Krichele applied for – and received – MedSend grants that continue to cover their medical student loan debt while they serve.

“You were integral to getting us onto the field and eliminating that massive barrier,” Krichele says. 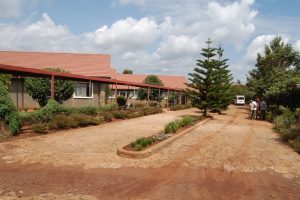 The mission of PAACS is to train and disciple African surgeons for Africa. To date, PAACS has trained 118 Board-certified surgeons in 25 countries. All are still in Africa, which David believes is “mind-blowing.”

Other programs in Africa that have provided training in-country have suffered from “brain drain” and an exodus to Canada or the UK where trained surgeons can make more money. Why do PAACS graduates stay?

“We are bringing in residents who are passionate about their people, about the plight in their country. They see the void of leadership in the medical field, and we’re training servant leaders. It’s really fun to teach them the skills and then unleash them on the continent of Africa and see what they do.”

Seeing new students come into the program is exciting and encouraging for the Jeffcoaches. As May approaches, they look forward to the application season and meeting with new potential residents. Capacity and funding restraints mean that they must turn many away, but they long for the day when more resources are available so that more can receive training.

“The need for surgical care in sub-Saharan Africa is astounding,” David says. 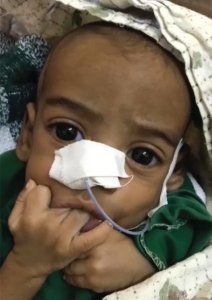 Surgically preventable deaths- for things like appendicitis, perforated bowels, or trauma – kill more people in the region than AIDS, tuberculosis, and malaria combined.  He says that these “banner diseases” get more press than general surgical needs, but the life-saving potential of simply having more trained surgeons in the area is great.

The couple shared a story about a life-saving surgery that they were able to perform on a baby.

One day, they were providing relief coverage at a rural clinic about an hour away from Soddo. The clinic was known for serving the poorest of the poor; the doctor who was usually on staff made sure that patients were “poor enough” to receive free care by checking to see if she could fit her thumb and middle finger around their upper arms. If she could, she deemed them eligible for her services.

A mother brought her baby, named Ebenezer, into the clinic that day. The baby could not keep food down and was clearly starving to death, but she had been unable to afford the $1.50 bus fare to bring him to Soddo. The couple examined him and brought him back to the hospital with them. They discovered that he was suffering from pyloric stenosis, a condition in which the pylorus muscles block food from entering the small intestine.

The doctors operated on Ebenezer and were able to open his pylorus. The baby, who Krichele says was “so sweet,” was then able to eat and keep food down. His mother, who had been unable to afford the bus fare to save her baby’s life, was able to take him back home with her. This simple surgery – performed by Christian doctors who were able to get him to the hospital in time – saved his life.

As the Jeffcoaches prepared to head back to Soddo, they shared several prayer requests with us.

Pray for Connection: “COVID has completely cut off all of our connection to the outside world,” says David. “I had no visiting surgeons come over an entire year,” he says. Many long-term missionaries left the field permanently, while some went on extended furloughs that may ultimately result in retirement from service.

Pray for New Medical Missionaries: “It’s been incredibly isolating as a missionary in 2021,” he says.  Fewer missionaries are heading to the field these days, and David says that he is hoping for a bounceback. “Pray for new medical missionaries to come,” he says. Hospitals are struggling and in need of healthcare professionals to serve.

Pray for Supplies: Supply chains continue to be disrupted, and many items for the hospital have been harder to come by. The couple struggled in 2020 with getting basic curriculum and study materials for their children; the much-needed books and study guides never arrived. Fortunately, the family was able to load their suitcases full of books and other supplies and took them back to Africa with them.

Pray for Peace: Elections are also coming up soon, which generally “don’t go well,” he says. As in other areas of the world, violence and civil unrest often accompany these political cycles.  In addition to COVID, this will be another factor that will limit the number of physicians and other relief teams who are able to travel to Soddo. The continued lack of staff and extra strain on those already there will only serve to make already difficult circumstances more challenging.

Pray for those Sharing the Gospel: The violence has already come close to Soddo. A pastor was martyred and stabbed to death in the pulpit about two hours from there. “The Gospel is spreading in Ethiopia, and it’s wild,” David says. “There’s a lot of reasons Satan doesn’t want us to be there… we have people coming to the Lord all the time at that hospital.”

Despite all of the hardship that the Jeffcoaches describe, they often use words like “fun” and “exciting” when talking about their ministry. It’s “fun” for them to work with African surgeons who have incredible hearts for the Lord and want to make a difference within their own country.

“We really enjoy what we do. It’s a huge blessing to be there, but it’s incredibly hard,” David says.

We look forward to hearing more from the Jeffcoaches as they continue their journey in Africa. If you would like to support missionaries like the Jeffcoaches, please donate to our Hope…for Such a Time as This fund.