Medical Missions are Changing: How Fast Must We Move? 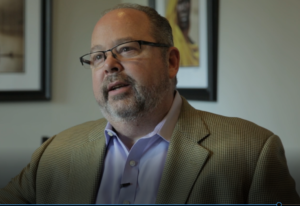 God does not regularly speak to me in a clear and present way that is unmistakable.

There are two times that have stayed with me through the years. One was when I going through a period of intentional surrender. The second was when nine Christian healthcare missionaries were martyred in Afghanistan.

The headlines read “The Taliban has claimed responsibility for killing ten people, including foreigners, after the bodies were found in dense forest in northern Afghanistan.” Taliban spokesman Zabihullah Mujahed told a French news agency that a patrol confronted “the Christian missionaries and we killed them all.” 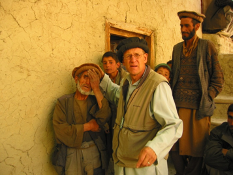 At the time, in August 2010, I was bi-vocational, working as a pastor and helping to lift MedSend out of the 2008 economic downturn. Throughout 2008 and into 2009, I had not met any of the MedSend-supported missionaries. Then one day a call came into the office. It was from Tom Little, an optometrist supported by a MedSend grant. He and his wife Libby had flown into JFK and were headed to Boston. Tom asked if we had time to grab lunch with them as they drove past our Orange, Connecticut office.  Of course, I said yes.

But things had changed.

A younger and more radical segment had moved into their region. Libby was no longer leaving her house for fear of being accosted on the street. I asked why she did not just wear a burka. Her response revealed my naiveté. She said they know the gait of an Afghan woman and would be able to pick her out even in a burka. They continued on for over two hours answering questions and telling stories. It was a sobering and informative meeting.

An Urgent Request for Prayer

At the end of July 2010, I received an email from Libby asking for prayer. Tom was leading a group of healthcare professionals on a three-week journey to serve the poor and underserved people in a remote region of Afghanistan. They would spend a week getting there, a week serving, and a week in returning. I had a general rule that I did not mix my work with MedSend with my role as pastor. But this request for prayer seemed urgent.

From the pulpit, I told the story of Tom leading this group and I asked for prayer as they were climbing very steep and difficult mountains on horseback. As it turned out, they needed to dismount and walk the horses and mules for many miles as the ice created treacherous conditions. Throughout the week, I received several additional emails explaining their journey. The second Sunday, I asked the congregation to pray as they were in the valley serving the people.

The following week, I received a rather urgent email from Libby saying that, for the full day, she had not heard from Tom. Every other day he had used a satellite phone to stay in touch with her. The urgency of the emails increased until Saturday when she informed her prayer team that the entire medical team had been ambushed and martyred.

I was full of dread with the knowledge that I needed to stand in front of the congregation and inform them that the team they had been praying for were all dead. The only MedSend missionary I had met up to that point was killed.

I had some big questions for God: Why? How could this be?

We had 150 people in 75 countries throughout the world. How is it that the only person I had met and gotten to know had gone on to his heavenly reward, being murdered in the process?

I broke down in tears as I explained to the congregation what had happened. Inside I was confused and, frankly, angry at God for having been put in this situation.

I started to pray “What am I to learn from this?” It took a few weeks of prayer and mourning before I was in a position to hear God’s still, quiet voice.

At the time, healthcare missions were a bit “sleepy.” We had been in a fifty-year cycle of what I refer to as the healthcare missions “maintenance mode.” From the mid-1800’s well until 1960, God did incredible things through healthcare missionaries. They hacked into jungles and built huts, and then they turned them into clinics.  Those clinics turned into hospitals that went on to become teaching institutions.

During those years, a global infrastructure was put in place that is alleged to have delivered 50% of the world’s healthcare. It provided access to healthcare in all parts of the world and allowed the sharing of Christ’s love to be demonstrated in a practical way. It ultimately had a significant impact on the number of those who accepted Jesus as their Lord and Savior. There was not, however, a direct link between healthcare delivery and evangelist results.

As a new era of accountability for dollars spent and souls won emerged in the 1970s, new expectations resulted in the abandonment of healthcare as a leading form of evangelism.

There were two primary reasons for this. The first was the complexity of maintaining the healthcare delivery infrastructure. It was both complex and expensive. But more important to the donors and sending agencies, there was no direct correlation between the delivery of healthcare and souls won. Healthcare as a form of evangelism fell out of favor. Facilities were closed or handed over to local churches which had been built from the efforts of the hospital or handed to governments.

This steep decline led to healthcare missions representing around only 10% of all missions activities for the next 50 years. Some impactful innovations occurred in this period, such as community health evangelism. Also, in response to a declining resource pool and increasing healthcare educational debt, MedSend was created. However, in general, healthcare missions were closed off from the rest of the mission’s community and became gentrified and insular.

In the first few years of the new century, there appeared to be change happening.

In the interim, advances in database technology have allowed countries to create profiles of individuals who hold visas within their countries. One of the profiles is for missionaries. They use the profiles to determine who may be missionaries, and then they revoke their visas.

This has led to a significant reduction in the numbers of missionaries in strategic locations. It is likely to continue for the foreseeable future, particularly in those “least accessed” regions of the world. However, it is not occurring in a significant way for those delivering healthcare. They continue to be welcomed. Mission sending agencies have awoken to the fact that healthcare is the path to access.

In the last ten years, I have observed the ground rules change so that healthcare missions have again become strategic. The number going and serving, as well as the resource pool getting larger and moving at an accelerated pace, could not have been predicted just a few years ago.

I believe that the future opportunity will not be about building infrastructure. It will be about bringing the love of Jesus through an intentional multiplication strategy of training Christ-following nationals to be providers and trainers. It is likely that many nations will eventually close to healthcare workers from the West. If we respond today while the window of access is open, we will leave behind a well-trained cadre of healthcare professionals who see their profession as the means to deliver the love of Jesus to their own people.

The window is open.

How fast must we move?