As part of our new “Meet our Grant Recipients” Monthly webinars, MedSend recently had the privilege of interviewing medical missionary Seth Mallay.

Seth is a MedSend grant recipient who has been serving in Togo since 2016. He and his family are currently at home in Michigan waiting to return. While home, Seth spent some time with us sharing about his call to the ministry. He also shared a little about how COVID-19 has affected the hospital where he serves there.

Seth’s story is one of great obedience; we hope that you will enjoy learning more about him.  (You can view a clip from his interview with us at the end of this post.) 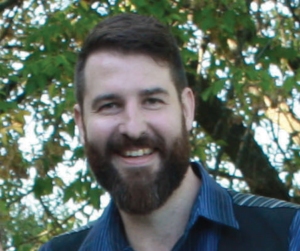 Seth firmly believes that the Lord confers a unique passion for missions on some of His children. Seth received his calling to medical missions when he was just 7 years old. After watching his father go on several short-term mission trips, Seth became increasingly aware of the spiritual need that existed outside of U.S. borders. Yearning to model the compassion of Christ through medicine, Seth decided to become a medical missionary himself.

He met his wife, Rebecca, the daughter of two Brazilian missionaries, when he was just 17. Feeling the mutual call to missions, the Mallay family began their first mission assignment in 2015. They initially moved to France to acquire the language before moving to Togo, West Africa for their two-year post-residency assignment with Samaritan’s Purse.

“While we were there, the Lord certainly blessed our ministry,” Seth told us. “We felt like we found our place.” The family decided that they wanted to find a way to return to Togo after their assignment was up.

Tragically, before their term finished, they found that their daughter Arwen had a tumor in her abdomen. They were forced to make a hasty retreat to the U.S. and discovered that she had Stage Four neuroblastoma. She has been receiving treatment in Michigan since leaving Togo.

At this time, they have exhausted all treatment options. Having great faith in whatever God has planned, Seth’s family still feels called to the mission field. Arwen is on board and says that she wants to live in Togo “as long as the Lord will allow her.” Seth says that they have a great peace about their impending return.

The Mallay’s are much needed in Togo as the physician shortages due to the COVID-19 pandemic increase. There have been few documented cases of COVID-19 in Togo and no deaths at the mission hospital so far.

Because of travel restrictions, however, the normal flow of short-term volunteer medical missionaries has been blocked. Several long term missions have been delayed. Seth says that the most limited resource at the mission hospital right now is personnel.There are no national doctors in the area, so the hospital relies on missionaries to serve the community’s health needs around the clock.

Though the COVID-19 pandemic has certainly caused a disruption in sharing the Gospel in Togo, the Great Commission still firmly stands.

“Go therefore and make disciples of all nations, baptizing them in the name of the Father and the Son and the Holy Spirit.” (Matthew 28:16).

During our time together, Seth shared the story of a young boy who became attached to him at the mission hospital. Hoping to have an impact, Seth invited the boy to his home for a Coke and read to him from the Bible. The boy took the Bible home, and had soon memorized a large portion from John. He later reported to Seth that his brothers had stolen his Bible. Initially concerned, Seth was later pleased to hear that they had stolen it because they too wanted to read it! (Hear Seth tell the story below!)

Seth tells us that many people in Togo are filled with fear, believing that they are the victims of curses and evil spirits. If anything, the hope and peace of the Gospel are needed now more than ever. The Mallay family is eager to return to provide healing and to share the hope of Jesus during these strange times.

When Seth decided to go to medical school, he had no idea how he could pay off the debt he accrued while following the Lord’s call. Upon graduation, he recalls looking at an “impossible number.” He decided to trust that the Lord would provide to those He had called.

MedSend donors help doctors like Seth bring physical healing and spiritual hope around the world. Seth is grateful to be the recipient of his MedSend grant. Please keep Seth and his family in your prayers as they await their return to the mission hospital.