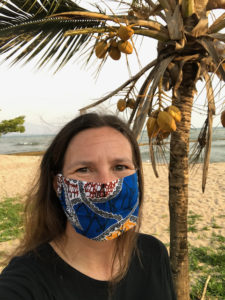 MedSend received the joyous email from pediatrician Alyssa Pfister after arriving back “home” in Burundi on Monday. After a four month delay in her return to Kibuye Hope Hospital, Alyssa is finally back and ready to serve.

After a long period of “alternating between lament, despair, and distraction during the months of waiting,”  Alyssa found herself scrambling to leave quickly when the approvals finally came. The airport in Burundi is still closed to commercial flights; special arrangements were required to get Alyssa back into the country. Eventually, a humanitarian flight and special visa exemption were approved. Alyssa had the green light to return.

The initial agenda for travel was already a challenging one. It was to include three days of masked travel through five airports and four countries, followed by a 14 day quarantine in Bujumbura. Cloudy weather interfered with a landing in Addis Ababa, however. Alyssa missed her connecting flight and ended up being quarantined in Ethiopia for two weeks as a result. 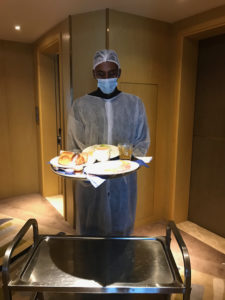 After arriving at the hotel in Ethiopia ( without luggage), Alyssa says, “I received strict instructions to never leave my fifth floor room. Hotel staff delivered my meals, and medical personnel checked my temperature daily. I paced back and forth around the room, read books, did some work, texted friends and family, watched TV, and worked to get over jet lag.

“My bags finally arrived on Days 2 and 3. The solitary confinement got more difficult from a boredom standpoint as I got more acclimated to the time zone and thus had more energy. But the first day was definitely the worst as I had to come to terms with two weeks in Ethiopia…

“That was the day I read Psalm 107: “Some wandered in desert wastes, finding no way to a city to dwell in; hungry and thirsty, their soul fainted within them.”

“Those verses totally describe how I felt sitting on that airplane for five hours in Dire Dawa (which looks like a desert and where I ate and drank nothing all day and my soul definitely fainted at 11:30am when I knew I had missed the flight to Burundi)!

“But thankfully the Psalm (and my spiritual journey) continued:“Then they cried to the Lord in their trouble, and he delivered them from their distress. He led them by a straight way till they reached a city to dwell in. Let them thank the Lord for his steadfast love, for his wondrous works to the children of man! For he satisfies the longing soul, and the hungry soul he fills with good things.” Ps 107:6-9

Fortunately, Alyssa’s COVID-19 test at the hotel came back negative, and she was permitted to leave her hotel in Ethiopia. Friends connected her with a missionary family there who graciously took her in. Alyssa quickly bonded with the family and was grateful for their hospitality, company, and encouragement. 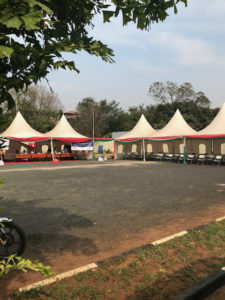 The 40 passengers were brought by shuttle bus to a national COVID testing center and swabbed. Afterward, they were taken to approved quarantine hotels. Alyssa says, “I rejoiced to finally be back in familiar territory at Hotel Club du Lac Tanganyika (where I have stayed before), and I even saw a hippo in the lake!”

Twenty-four hours later, health authorities reported that everyone from the plane tested negative. All were released to finish quarantine at home. 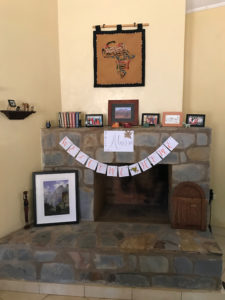 Alyssa returned to the home she had left months ago in Kibuye.

“It took me a few days to clear out cobwebs, unpack things I had stored away, and get settled back into my house after 9.5 months away, but now I am loving being home!”” she says.

“And home quarantine is the perfect time to organize junk drawers, rearrange furniture, update picture frames, etc.! I’ve essentially spent the entire month of August in quarantine (in Ethiopia and Burundi), which means I’ve definitely lost track of the days at times, but each week has been different, and now I’m gearing up to return to hospital work next week.”

Alyssa is looking forward to getting back to work. She says, “It will be a joy to enthusiastically greet my Burundian colleagues again soon – but without handshakes now! ”

A “Blessing to Burundi” 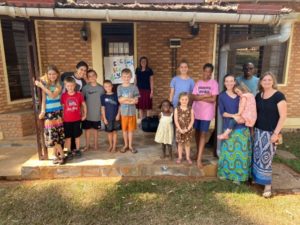 Her team is also eagerly awaiting Alyssa’s arrival. “As you can imagine, my team is thrilled about my return.” she says. Although they have remained in close contact with Alyssa during her absence, her colleagues are ready to have her back in-person.

The Rector of Hope Africa University wrote to her, “Dr. Alyssa, I am happy that you can travel now. You are a blessing to HAU and Burundi. Your involvement in Kibuye Hope Hospital/Hope Africa University development is beyond my imagination.”It has been a long journey “home” for Alyssa, but she has made it back to where she has been called.

“Thanks again for praying through this journey with me.” she writes. ” God has indeed shown his abundant mercy in answering those prayers beyond my imagination – even allowing me to be home in Kibuye for the rest of my quarantine. ”

Please join MedSend in continuing to pray for Alyssa now that she is home and ready to serve with a joyful heart!

MedSend supports medical missionaries like Alyssa who are obediently following their callings … even in the middle of a pandemic! If you’d like to partner with us, you can give by providing Hope…for Such a Time as This .