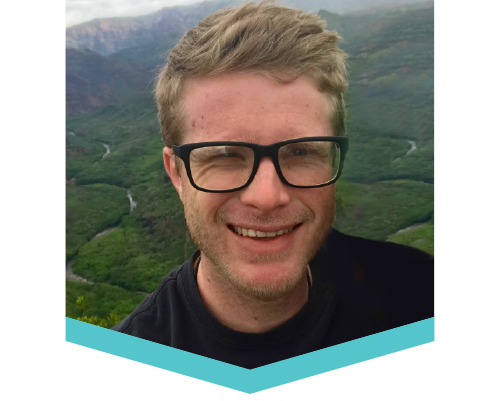 During a dark time in my life, I continually reached out to God asking for his guidance and help out of my emotional darkness. There was a lot that He showed me I had to learn but one thing that he showed me was empathy and understanding those who are struggling. I developed a strong compassion for those going through pain and loss but I also saw the way that God can use this time to develop and trim us of unhealthy areas of our lives.

In this time, God led me to a counselor who also grew up on the mission field. Through working with him, I felt understood and heard in ways that I had not been by anyone else in my life at that time. He helped me to develop the tools to process through my struggle and to make sense of the darkness I was experiencing but to also deepen my relationship with Christ. It was through this process that I began to get a feel for what I could do with my life. I knew that I had a passion for living overseas as a large part of my childhood was spent outside the U.S. However, I wondered if counseling could be a career for me as it seemed like it was a good fit with the skills God had put in my personality. I saw the impact that a godly counselor had on my life and I desired to contribute to the lives of others in a similar manner. I went to grad school and found that this was indeed something God had been preparing for me.

As I reached the end of my program I was told about a conference called Mental Health in Missions which I attended shortly before my graduation date. At the conference I spoke with a lady representing Rift Valley Academy in Kenya which was a boarding school and she told me of their dire need for a counselor, but especially a male counselor. She told me of the impact I would be able to have as an MK working with other MKs and I felt a desire light up in my heart. I accepted this position, went to Kenya and found that it was a great fit for my background and training. I met my wife there, came back to the U.S. to marry her, and as we have been back in America, RVA has again reached out to us asking us both to come back to serve. This has been on both of our hearts to do and so we have accepted this call to return again long term.

Sarah and I will both be working at Rift Valley Academy which is a boarding school in Kenya and is run by Africa Inland Mission. RVA exists to allow Missionaries to send their children to a reputable and academically astute school to receive a quality education and prepare them for higher education. It is based on American curriculum but the demographics of students are varied and quite diverse. Around 90% of the students are Missionary Kids, however, there are also around 10% or fewer who are national students whose parents want them to receive a quality education. My job description is Counselor in Residence and I will work with any students exhibiting mental health concerns and needing extra support. Because of the boarding nature of the school, students often struggle with homesickness, missing family and at times in struggles of dealing with bullying or behaviorally acting out. During school terms, students are referred from dorm parents, teachers or administration for a variety of reasons. I often work with depression, anxiety, attachment issues, bitterness at parents and God and at times we have even had to work with very real manifestations of spiritual warfare in the student population.

The school has a strong emphasis on discipleship and development of Christian leaders. We will both also be involved with students as mentors, leading Bible study groups, teaching Sunday school and coaching sports in which we will develop deep and meaningful relationships outside of the scope of our jobs. I have seen in my past experience at RVA that I am able to have a different impact to relate and disciple students who may not come in for counseling through these means. Often times in the past I have seen these interactions grow into students coming in for counseling as they see it as a less intimidating environment if they get to know me on the outside first.