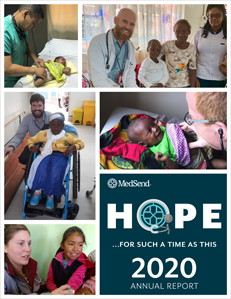 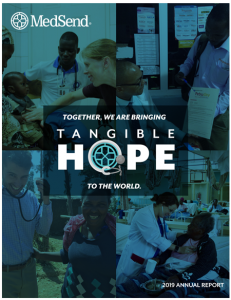 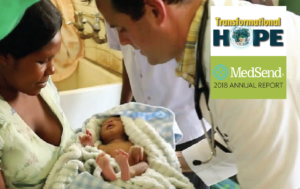 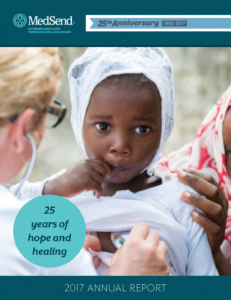 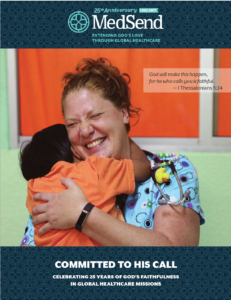 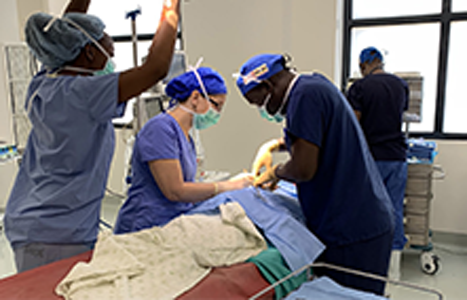 What COVID-19 is Teaching Us About Healthcare Around the World
By Tamara Fitzgerald and Danielle Ellis
At this time last year, our binational surgical team was removing a cancerous tumor from a four-year-old child in Kampala, Uganda. Seemingly angry that we had threatened its existence, this tumor was oozing blood from every surface. In the U.S., we would have handled this by continuing the operation and giving the child blood products, followed by a stay in the intensive care unit.
In Uganda, the single unit of blood we had reserved for this patient had been given to another and there was no pediatric ICU for recovery. To make matters worse, there was a problem with the ventilator — the oxygen tank was empty and could not be exchanged because the bolt was stripped. At least ten maintenance men flooded into the operating room with pliers and wrenches and saws to try to loosen the bolt. It wouldn’t budge. Read more...

About the Authors
Tamara Fitzgerald is an assistant professor of pediatric surgery and global health at Duke University. Danielle Ellis holds an M.D. from the University of North Carolina-Chapel Hill and is an incoming general surgery resident at the Massachusetts General Hospital. (Photo courtesy Tamara Fitzgerald.) 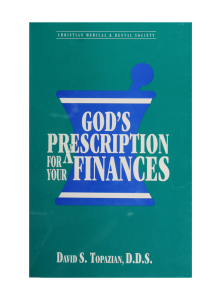 God's Prescription for Your Finances
By David S. Topazian, D.D.S.
What the Bible says about money and material possessions is often disturbing and flies in the face of our culture. But a biblically-based philosophy of wealth and possessions, when put into practice, can bring much happiness, personal satisfaction, and God’s blessing. It is the first step toward financial success, God’s way. Read More...

David S. Topazian, D.D.S., MSc., practiced Oral and Maxillofacial Surgery for 28 years in Connecticut. In 1989 he took early retirement to become a missionary in Valencia, Venezuela. While in private practice, he served on 15 MGMs. He has given numerous lectures and workshops on finances and stewardship. Dr. Topazian has been a member of CMDS since 1959 and has served as Delegate, Trustee, and President (1989-1992).

The mission of CMDS is to motivate and equip doctors to practice faith in Jesus Christ in their personal and professional lives. Its ministries and resources are directed towards that goal. 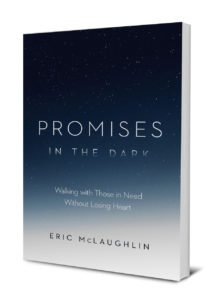 Promises in the Dark: Working with Those in Need Without Losing Heart
Promises in the Dark by MedSend grant recipient Dr. Eric McLaughlin strengthens the hearts of readers to persevere in God’s calling to walk with those in need. As a missionary doctor in Africa, McLaughlin knows how walking closely with those who suffer and bearing others’ burdens can easily lead to burnout or cynicism—unless we find the path to perseverance that the Lord provides.

This resource explores how to find both calling and hope, living in the tension between a difficult present and God’s promises of renewal, how to cope with despair and futility, the importance of the suffering God for those who suffer, and how the manifestations of God bring life into a dying world.

McLaughlin explores how to endure in such a yet-to-be-redeemed world as ours, which is full of tragedy and heartache, pointing to God’s promises.

Eric McLaughlin, MD, is a medical missionary with Serge in Burundi. He and his wife, Rachel, live at Kibuye Hope Hospital, where they care for patients while training national doctors as professors for Hope Africa University, a Christian Burundian University. They have the distinction of having three children born on three continents. 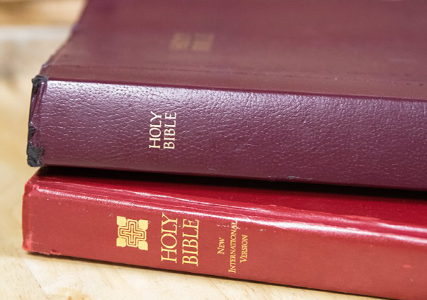 13 Bible Verses on the Generous Life
By Bill High

What does the Bible have to say about living generously? Here are 13 verses and passages on the generous life. As you’ll see, I included verses about the generous life and not just about giving money. Generosity goes beyond giving financially. Read More...

Download our content paper now to see how God is using healthcare missions to bring transformation to the world... and how you can be a part. 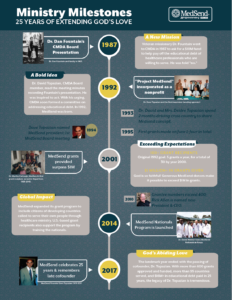 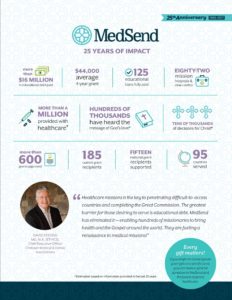 A video series and bible study curriculum on faith and medicine.

About the Instructor: Pastor Stan Key

Stan Key speaks frequently in churches, conferences, retreats, and camps both here in the U.S. and abroad.

After serving churches in Virginia, Kentucky, and Illinois, Stan and his family served for ten years as church-planting missionaries in the suburbs of Paris, France with One Mission Society.  From 1994–2012, Stan was the senior pastor of Loudonville Community Church in Albany, NY. Stan joined the staff of the Francis Asbury Society in 2013 and was named president a year later. He stepped down from the presidency in 2020.

He serves as editor of The High Calling newsletter and authored The Last Word (Warner Press, 2015), a study on the book of Revelation, Marriage Matters (Francis Asbury Press, 2017), Jeremiah: Fire in His Bones (Warner Press, 2017), and Journey to Spiritual Wholeness (Francis Asbury Press, 2019). Stan is a member of the boards of One Mission Society and Sammy Tippit Ministries and has also served as the spiritual dean for the Pan-African Academy of Christian Surgeons (PAACS).

Raised in Georgia, the son of a Methodist preacher, Stan came into a personal relationship with Jesus Christ while he was a student at Asbury College. It was there he met Katy, to whom he has been married since 1977. They have three children and seven grandchildren.

Mother's Day is on the horizon, and we're set to celebrate all that mothers do. Mothers are known for the many hats that they wear; many easily qualify for the title of "SuperMom." I know ...
Read More →

Drs. David and Krichele Jeffcoach have been living and serving in Ethiopia for two years with their three children – Vivienne, Bruce, and Clara. David is a Trauma and Critical Care Surgeon who trains Ethiopian ...
Read More →

Medical Missionary in Honduras: “We See You. We’re Here, and We Will Help”

Dr. Judith Blumhofer is a pediatrician, medical missionary, and MedSend grant recipient who has been serving in Honduras for nine years now through Christian Health Services Corp. She is affiliated with Hospital Loma de Luz. ...
Read More →

During the month of March, we're featuring several MedSend Grant Recipients and National Scholars working in family practice medicine.  Scripture tells us “let us not grow weary of doing good, for in due season we will ...
Read More →

Christian ophthalmology missionaries help bring hope to communities around the world by improving both physical and spiritual sight. "The blind receive sight, the lame walk, those who have leprosy[a] are cleansed, the deaf hear, the dead ...
Read More →

Your gift will impact someone's life