Where is the Hope?

The foundations of humanity seem to be at a point of collapse.

“You will hear of wars and rumors of wars, but see to it that you are not alarmed. These things must happen, but the end is still to come. Nation will rise against nation, and kingdom against kingdom. There will be famines, and pestilences, and earthquakes in various places.… All these are the beginning of birth pains. Then they will hand you over to be persecuted and killed, and you will be hated by all nations on account of My name.…”

There are more war refugees today than in all of human history, including WWII.

Today’s battle is not with the western defined nation-states. It is with kingdoms and principalities of the spiritual realm.

The most significant killers of Muslims are fellow Muslims. You would not expect to hear the term “radical Hindu.” But the headlines read “Christians and Muslims Face Persecution by Hindu Extremists.“

There is genocide against Christians.

A recent article series in Christian History magazine says a “global war” is being waged against Christians.   In two thousand years of Christian history, about 70 million Christ-followers have given their lives for the faith. Of these, 45.5 million — fully 65% — were in the last 100 years.

According to a Christian research firm affiliated with Gordon-Conwell Theological Seminary, over 900,000 Christians have been martyred in the last 10 years. 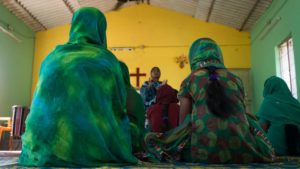 It is undeniable that the world is becoming more difficult and dangerous. The rate at which wars, famines, pestilences, and earthquakes occur is increasing. There is a feeling that we are being led or pushed into a place of prophecy.

Peter 1:3 says “Blessed be the God and Father of our Lord Jesus Christ. Because of his great mercy, he has given us new birth into a LIVING HOPE through the resurrection of Jesus Christ from the dead.”

What is the opposite of a living hope?

It is not dead hope. It is NO hope. There are few things more difficult to deal with in this life than no hope. Yet, when you read the statistics below, it is easy to be overwhelmed by the need.

What is the Hope?

The Christian God is love.

It is the love of God, defined through the teachings of His Son, Jesus the Christ, that brings hope. His peace is beyond our understanding. His peace resides in our hearts. It leads to hope for today and hope for tomorrow. The temporal things of this world fade, and God’s desire for His creation become clearer.

Clearly, He wants us to have hope.

We are the Hope 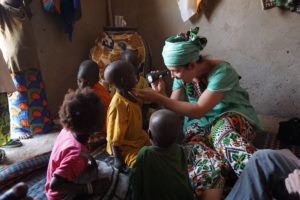 God’s hope most often comes in the form of one of His followers.

You and I, the church of Christ, bring hope.

I have seen this hope near and far. I have looked into the faces of people broken and hurt by the corruption and bankruptcy of this world. They are transformed when they come to realize that they are loved, that they are important to God. They are restored and transformed into new people – people with hope.

I know physicians and surgeons who have walked away from million-dollar incomes with one agenda: to be the hands and feet of Jesus. These compassionate healthcare providers go to difficult and dangerous places. Their goal?  To bring healing to both body and soul.

WE can offer HOPE…YOU AND ME… simple Christ-followers as we are. Hope comes in the form of those equipped and willing to answer the call.

Your donation will send love and compassion to a hurting and broken person with no other option.